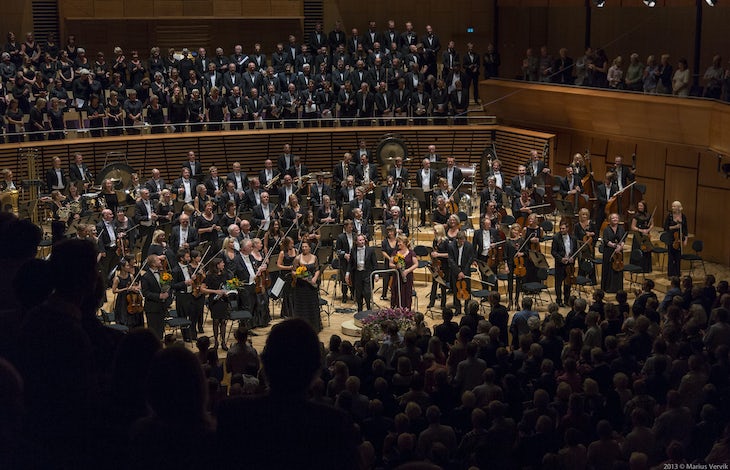 The orchestra is to be an innovative player for symphonic music and has international ambitions.

SSO performs and has its concerts in the Fartein Valen in Stavanger concert hall which is considered one of the best concert halls in Europe.

Andris Poga is SSO’s Chief Conductor. Tianyi Lu is the orchestra’s current Conductor-in-Residence. Recent guest conductors have included Karina Canellakis, Pablo Heras-Casado, James Gaffigan, Stanislav Kochanovsky, Dalia Stasevska and Vassily Sinaisky. Frans Brüggen was the SSO’s Artistic Director for early music from 1990-1997; Philippe Herreweghe had the same position from 2000 to 2004 and Fabio Biondi from 2006 to 2016. Ever since then, the SSO has continued to work regularly with exponents of historical performance practice including Kristian Bezuidenhout, Andrea Marcon, Jan Willem de Vriend, Matthew Halls, Ottavio Dantone, Riccardo Minasi, among others.

The orchestra has a recording label of its own; besides, it has recorded lots of Scandinavian music for BIS, as well as baroque music with Fabio Biondi for Naïve and other record companies. It has been touring in various European countries, Japan and the USA. SSO was nominated for Spellemann in 2018 for Gisle Kverndock’s Symphonic Dances and recieved two Hedda Awards i 2019, hence Best Performance, for The Mute.

The orchestra was founded in 1938 and consists of 85 musicians from 23 different nations.