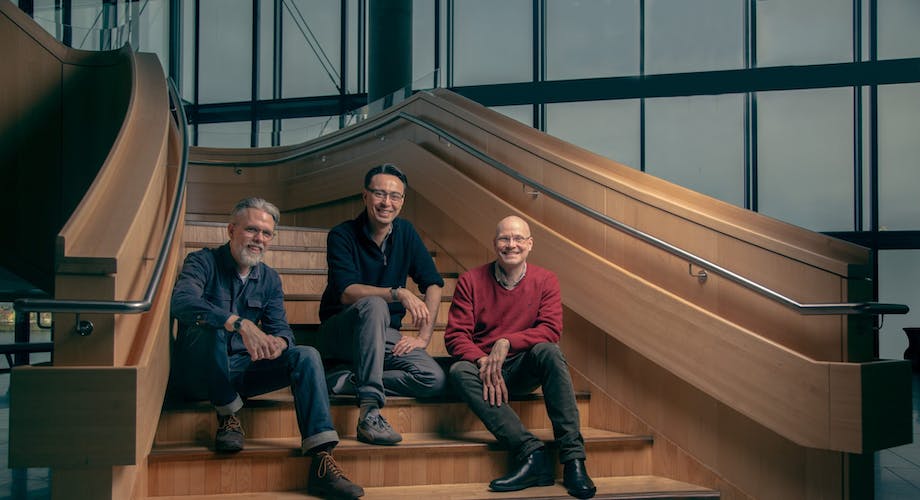 To Dance through the World

Stavanger Symphony Orchestra is nominated in the category Classical for the multicultural orchestra oeuvre, Symphonic Dances, by Mr. Gisle Kverndokk.

Symphonic Dances frequents American radio channels. The Swedish journalist Ms. Hanna Höglund referred to the production as one of the most interesting CD’s in 2018. Mr. Kverndokk is nominated to the Musical Publisher Price (Musikkforleggerprisen) and the Stavanger Symphony Orchestra is nominated to the Spellemann Award (Spellemansprisen) for Symphonic Dances. How to compose melodies from around the world to an oeuvre that everyone wants to listen to? How to transform a cacophony to a symphony?

The violinist at Stavanger Symphony Orchestra, Mr. Bjarte Mo, had the original idea to make a multicultural project. When Stavanger Symphony Orchestra received a grant from the Arts Council of Norway, related to the National Celebration of the Norwegian Constitutional Bicentenary in 2014, they contacted the Norwegian-Kurdish cultural politician Ms. Gulale Samiei who became a key participant in the project. International musicians based in Stavanger was invited to present songs and melodies from their respective countries. Recordings were made from these evenings. The orchestra hired Mr. Kverndokk to create a symphonic oeuvre based on the tones from around the world.

“We wish to use this to celebrate the constitution as it says something about the present society,” tells celloist Mr. Hjalmar Kvam. “The constitution is a guard around what’s now – and we celebrate what was, with Grieg and Groven and others – But Symphonic Dances marks the present. This is now, and this is the world ahead.”

The Symphony Orchestra gave Mr. Kverndokk carte blanche, and he could pick as few or as many melodies as he wished. But it was one non-negotiable demand: If you use a melody, the musician who presented the melody has to be able recognize it when hearing the oeuvre.

”My thoughts, once I had digested the assignment, was that it had to be an oeuvre that could stand by it’s own right,» says Mr. Kverndokk. “The listeners do not need to know too much about the background of the oeuvre to enjoy the music.”

It was also important for Mr. Kverndokk to be able to present all the groups in the orchestra, a kind of show-piece, as he calls it.

“I decided to be very clear. Many times, in the contemporary music things are changed and a lot of weird elements are added. I became very attached to the melodies, it was so beautiful, and so much of the soul in the recordings that I heard, therefore the most important thing for me was to transfer these feelings.”

Mr. Kverndokk had a clear, but difficult goal: To produce clear and simple music. He began to see thematic connections: There were songs were about the sea, about love, God, weddings and funerals. He organized the material with these themes and ended up using music from every country represented in the recordings: Norway, Sweden, Poland, Greece, Kurdistan, Madagascar, Eritrea, China, Afghanistan, Iran, Cuba and Venezuela.

Symphonic Dances had the very first premiere on the 30th of April 2014 at the Stavanger Concert Hall in relation to the National Celebration of the Norwegian Constitutional Bicentenary in 2014.

When Stavanger Symphony Orchestra decided to record Symphonic Dances in 2017 the American conductor Ken-David Masur was hired. For him one of the most appealing elements in the oeuvre was the universal and the limitless emotions in the music.

“The brilliant concept here is that Mr. Kverndokk has abstracted the melodies away from the cultural bias about where they belong. And he has found in the melodies what connects us as humans. It’s not about how the Asian ancestors lived, or how it feels to be central-European, but rather about the connection between all of us. About pain and joy; about going through life: about celebration and sorrow.”

Mr. Kverndokk himself believes that people are listening simply because they like the music.

“Maybe it’s the melodic in it. There are a lot of beautiful melodies here. I have experienced that people who have listened to the CD have expected very advanced contemporary music, but then it’s the melodic accessibility that has brought joy to the listeners.”

Facts:
Symphonic Dances is written for Stavanger Symphony Orchestra in relation to the National Celebration of the Norwegian Constitutional Bicentenary in 2014, with the support of the Arts Council of Norway, and had the very first presentation on the 30th of April 2014 at the Stavanger Concert Hall.

Symphonic Dances was published at SSO Recordings on 5th of October 2018 and produced by Ulrike Schwarz with multi-Grammy winner Jim Anderson engineering. The recording took place at the Stavanger Concert Hall, Fartein Valen, and was mixed at Skywalker Ranch, Marin, California. The recording is available not only in stereo CD, and vinyl, but also on a Blu-ray Disc in high resolution stereo, 5.1 surround, immersive Dolby Atmos.

Stavanger Symphony Orchestra is nominated to the Spellmann Award (Spellemannsprisen) in the category ‘Classical’ with Symphonic Dances. The Spellmann Award will find place at Chateau Neuf in Oslo, Norway on Saturday 30th of March 2019.

Mr. Gisle Kverndokk is nominated for The Music Publishers’ Award (Musikkforleggerprisen) in the categories the Oeuvre of the Year (Årets Verk) and the Creator of the Year (Årets Opphaver). The prices will be awarded on 27th of February 2019 at the Vulcan Arena in Oslo, Norway.