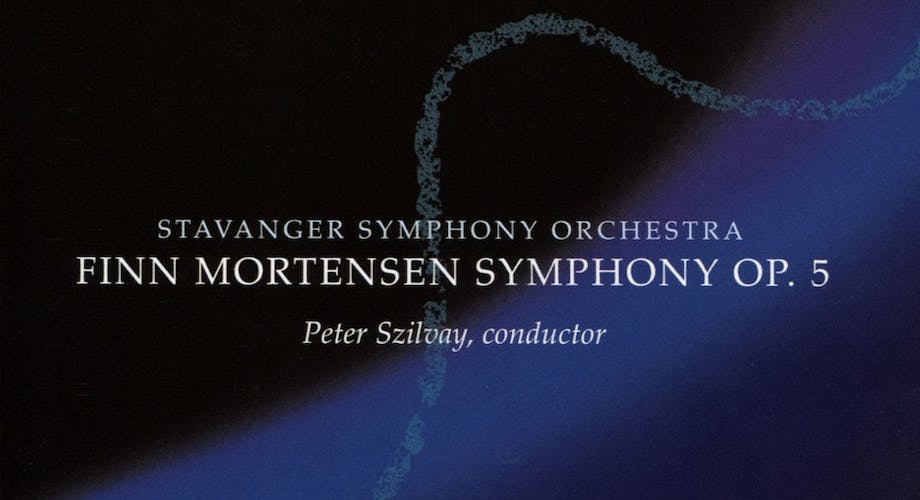 The Stavanger Symphony Orchestra is thrilled to announce the release their recording of the Mortensen Symphony Op. 5, conducted by Peter Szilvay.

The Stavanger Symphony Orchestra is thrilled to announce the release their recording of the Mortensen Symphony Op. 5. This Mortensen recording has been released in multiple formats: CD, 33 1/3 rpm vinyl, Blu-ray in 5.1 surround, including immersive formats Dolby Atmos and Auro 3D. The Mortensen Symphony is also available for digital streaming on all platforms and stereo vinyl will be released June 8, 2018.

Finn Mortensen has been an important figure in Norwegian musical life since the 1950’s. As one of Norway’s first modernists Mortensen’s first works are in a free-tonal, neo-classical style. Finn Mortensen has had a great influence on following generations of Norwegian composers and his works are marked by a personal, romantic expression.

Norwegian conductor, Peter Szilvay, is a notable interpreter of new music, a significant amount of which he has premiered and recorded. Maestro Szilvay is also one of a growing number of young versatile conductors who learned their trade from inside the orchestra.

The Mortensen Symphony was recorded on location in Stavanger, Norway, in Fartein Valen at the Stavanger Concert Hall, by multiple Grammy Award-winning engineer, Jim Anderson. Ulrike Schwarz, who has been responsible for many Grammy nominated productions, produced. The recording was mixed at Skywalker Sound in northern California and mastered by Robert C. (Bob) Ludwig of Gateway Mastering, Portland, Maine.

Enjoy the music at Spotify, Amazon and Tidal.