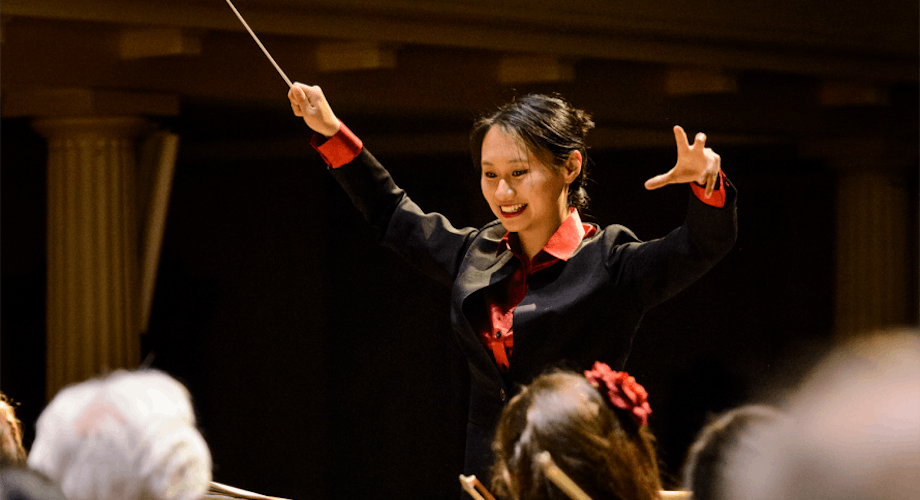 We’re pleased to share the wonderful news of the appointment of Tianyi Lu as Stavanger Symphony Orchestra’s Conductor-in-Residence, starting this Autumn.

Following her debut with the Stavanger Symphony Orchestra in October 2020, Tianyi Lu has been named as SSO’s new Conductor-in-Residence. Commencing from the 2021/22 season, the appointment will be for an initial period of two seasons, plus an optional extension for one more season.

– I feel deeply honored to be appointed Conductor-in-Residence of the Stavanger Symphony Orchestra. In our first encounter, I was struck by the sense of mutual trust and the thrilling musical freedom we created together. I am immensely looking forward to forging many more special experiences with the musicians and our audiences in the coming years, says Tianyi Lu.

Tianyi Lu will begin her residency by conducting the Stavanger Chamber Music Festival concert in August 2021, with an all-Brahms programme. In the season of 2021/22, she will conduct the orchestra in programmes including Rimsky-Korsakov’s Scheherazade, Respighi’s Pines of Rome, and works by Lili Boulanger, Saint-Saens, Puccini, Mussorgsky, Rachmaninov and Tchaikovsky. Tianyi Lu is also confirmed as the conductor for SSO’s New Year’s Concerts in 2023.

Tianyi Lu participated in masterclasses by Bernard Haitink and Daniele Gatti. She was a Dudamel Fellow with the Los Angeles Philharmonic in 2017/18 and has assisted Sir Andrew Davis and Carlo Rizzi, among others. She completed her Bachelor of Music with First Class Honours at the University of Auckland, before studying at the University of Melbourne. In 2015 she completed her Master of Music in Orchestral Conducting with Distinction at the Royal Welsh College of Music and Drama, where she studied with David Jones. Her broad musical interests led to studies in electronic music composition, baroque flute, viola da gamba and harpsichord. She is also strongly committed to education and outreach projects and has been involved in the Sistema Aotearoa programme in New Zealand, inspired by the Venezuelan model.

We look forward to welcoming Tianyi Lu to the Stavanger Symphony Orchestra and the region of Stavanger in the years to come!